There is a song circulating around Chicago as the unofficial Chicago Bears Anthem for this year that is getting a lot of buzz among bears fans.  I know this because I am the producer behind the song. Take a listen and, if you enjoy it as much as everyone has so far, pass it on ( It’s only $0.99).

– We won the Chris Harris Bear Down Remix 2.0 Contest! – Here is the link to the official Chris Harris website and the contest announcement page – – Bears Clinch! Remember that invite from WGN, it’s time. Wish us luck in Chris Harris’ contest too. The Winner of the Bear Down 2.0 remix contest is announced by Chris Harris on December 23’rd. Please comment and share.

– Featured on Red Bull’s article on Devin Hester. Also, safety Chris Harris is hosting a Bear Down remix contest and we need your support! Awesome coincidence that it happens to involve my favorite studio (and where I started as an intern) Rax Trax Recording Studio. Hopefully we’ll win and I’ll get to link up with Rick Barnes, Serdar, Ian, and company as well as the chance to meet Chris Harris and go to a free Bears game. But what we really want is exposure! Please comment and share 🙂

– Youtube video added below. The song continues to get regular TV play on WGN and we were invited to perform if the bears make the playoffs! Please comment and share.

– The song was played on WGN this morning! WGN Morning News, which I wake up to every morning, played the song multiple times. It was a complete surprise to me but I managed to record it and will put it up soon.

Our hope is to have the song played at games.  We wanted to have a clean hip-hop song that felt like an anthem and could pump up the crowd.  We recorded the song just a few weeks ago and has reached over 2300 fans online and at the bears tailgate. 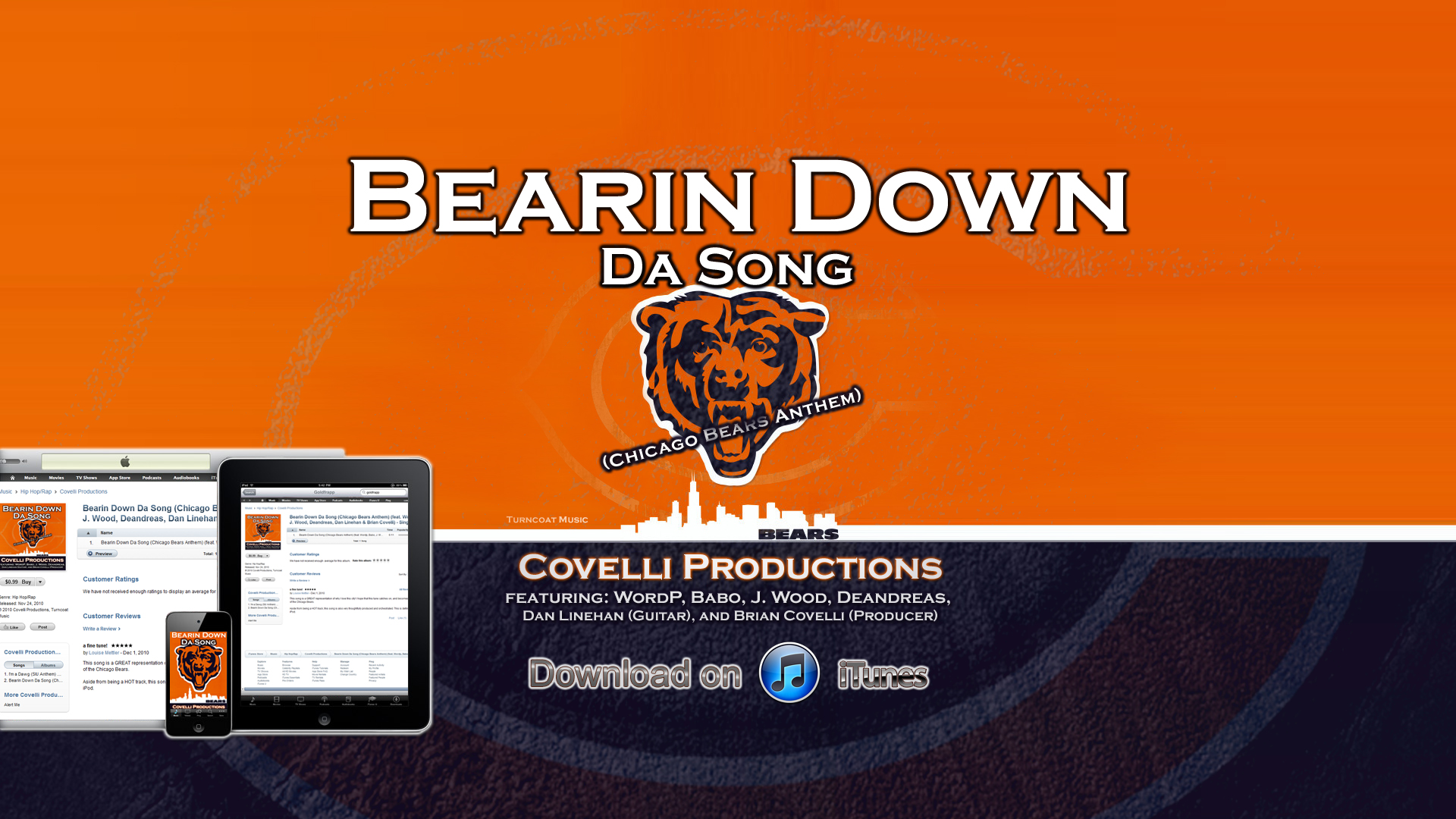 Chicago Bears, all around the city we’re pumped to make a run

It’s been awhile since 85 so we want another one

We’re bearn down, Get to the back you bandwagon fans

We’re bearin down, We’re fighting hard to be champions

We got cutler he’s throwing rockets, in and out of the pocket

Or Knox turning ankles to puddy, 1st down he’s getting money

No smile from Lovie, but a pat on the back from Olin Kreutz

Next is Olsen up the middle putting us on their 22

And Forte’s doing damage too, screen pass then shake and juke

He’s automatic, we can bathroom break it’s going though

It’s da BEARS ask around if you need some proof

Mike Martz dialing up the plays, make sure to keep them loose

We need a super bowl I want my wings and brew

I wanna brag a bit, Tell them cheeseheads whose the truth

I never miss a game, know why? Cuz we would lose

cuz we known to get it on – and tailgate for the game, for the rings, with heart, through the pain…

And Briggs yeah he’s teething, yo running back should meet him

Get bit by the bears, watch where u run, this is not musical chairs

Peanuts stripping the ball creating points with no QB there

Where my monsters of the midway?

From past to present day

Ditka to Lovie to Gayle Sayers to Forte

Get ready to rumble we gon crush you

Hustle and muscle for every yard

The 85 trophy is getting kind of lonely

Down there in Halas Hall, let’s get the stats involved

17,000 yards from Peyton let’s get the facts involved

We’re the best in the league on special teams true or false?

All around the city we stand together to show our support

The only division we want is the NFC north

We coming for the ring, we gon take it by force

I believe in the dream, I pledge allegiance to team,

And the city, the whole sport!

All throughout our history we love victory can’t take defeat

Throw your hands up in the air, And represent Chicago Bears!

I rep the Bears until the day I fold

Wouldn’t even care if it’s ten below

I’m still jumping all up in the snow

Its game time like 85, Champions we come to ride

Coming for the ring so BYE BYE!

Up the field touchdown

Field goals they all good, never gotta worry put ya hands up

Defense get getting buck, ready to tear the field up

Ready run it back. Safeties and fumbles yeh we on all of that.

We coming for that number one spot

Either you is or you’re not,

Either you is or you’re not.

We coming for that number one spot

Either you is or you’re not,

Either you is or you’re not!!! 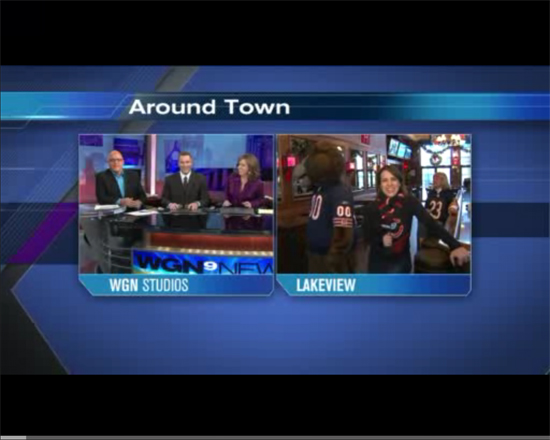 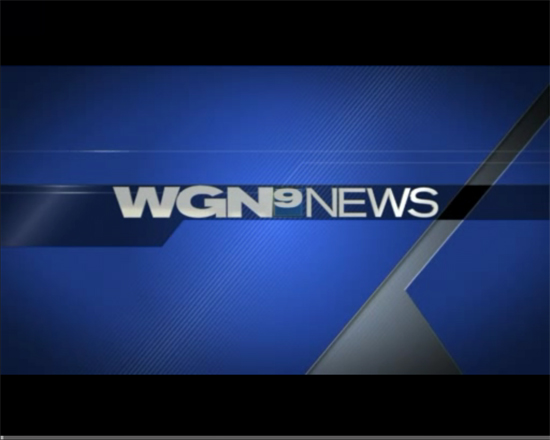 I’ve had some luck with sports anthems in the past as my song with Dub Zero for my alma mater, SIU, is still being played as their warm-up/opening lineup song for basketball, football, and all other sports.